I am having a problem with attenuation correction. I have been studying a monitoring method for the spent fuel assembly using the SPECT system. The image was reconstructed using the filtered back projection method. However, the image reconstructed with the FBP method showed low-intensity on the center of the image. So I downloaded CASToR software to improve the image of spent fuel assembly. At first, I used the joseph projector using -proj to test CASToR software. The joseph projector does not permit attenuation correction. And now, I have been using incrementalSiddon projector for attenuation correction. I made a mumap using matlab and the ground truth image. The mumap worked, but the reconstructed image was different from what I had expected. It seems that the mumap was expanded.

Does anyone know how to apply mumap for attenuation correction, or what I do wrong? I used list-mode SPECT data with GATE for 4500 second. And the detector used in my study is a 64 channel multi array.

Thanks in advance.
Hyung-Joo Choi

The use of list-mode data implies the computation of the global sensitivity before starting iterations of the reconstruction algorithm.

The computation of the sensitivity image for SPECT is not implemented yet so you should end up with an error thrown by the oSensitivityGenerator::Initialize().

Are you really doing list-mode SPECT ? Did you implement the computation of this sensitivity image based on the SPECT scanner ?

The mumap image is automatically interpolated and adjusted on the reconstructed image if image samplings are different. Did you correctly set the voxel dimensions in the mumap ? What do you mean by “expanded” ?

I suggest that you always reply to the mailing list because this kind of discussion may be helpful for other people.

It is hard to tell what is wrong from these images.

You should go step by step.

Before trying to correct for the attenuation, did you get a good image with CASToR without attenuation correction ? 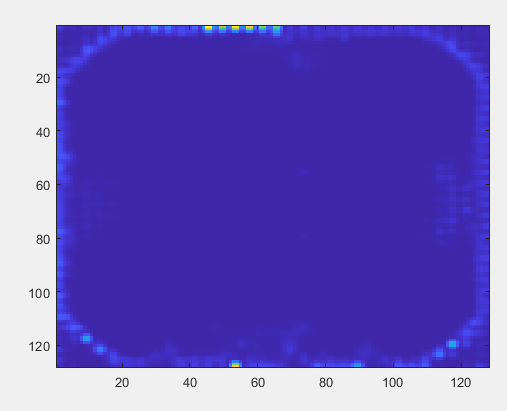 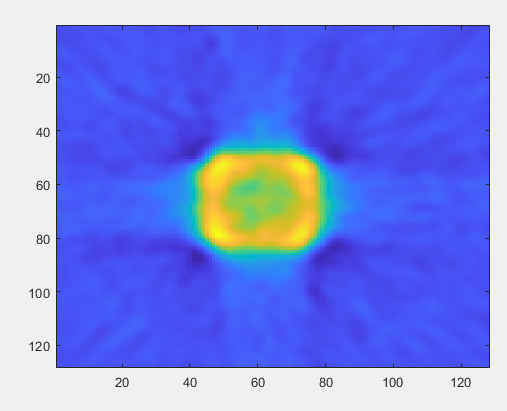