I’ve been using CASToR to reconstruct images of various human PET scanners to compare their image quality. So far, through working with CASToR, I learned that the quality of the reconstructed images for any PET scanner significantly varies when changing the image convolver’s FWHM.

How legitimate does this sound to say that “for a PET scanner, the convolver’s FWHM should be equal to the scanner’s crystal width”? In general, are there any recommendations as to how image convolver’s parameters should be chosen for any arbitrary PET scanner?

Thank you for your responses, 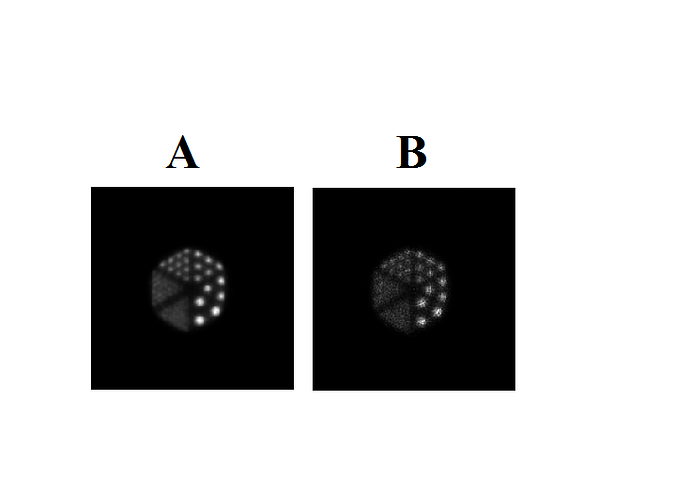 Thanks for your feedback. This is a good question, but with no easy good answer!

For an arbitrary PET scanner, I think your suggestion of using the crystal width is not too far from the reality (considering no depth-of-interaction measurement).

About the images you sent, there clearly are artifacts with 1mm FWHM which cannot be seen with 2mm FWHM. They can come from several sources:
- reconstruction of simulated data without proper normalization correction factors (in that case, the use of a PSF may artificially reduce such artifacts)
- a strictly line projector with too small voxels (if you are using Siddon for example; in this case try the Joseph projector which makes use of interpolations, it can decrease such artifacts)
- or a combination of the two.